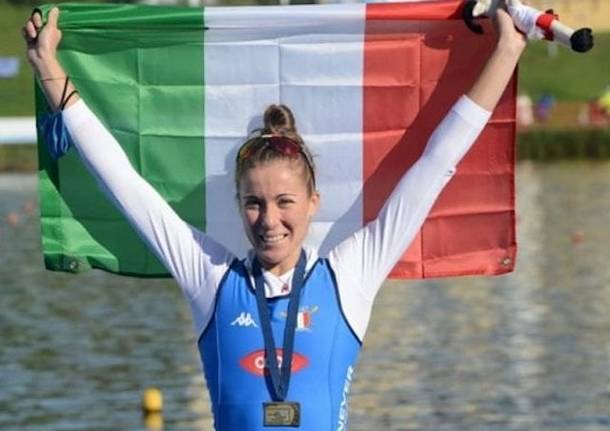 There Super Regional Regatta scheduled for the weekend of April 23 and 24 at the Schiranna It will also bring with it an interesting novelty for rowing in our province. The Varese race, in fact, will see the official debut of a new rowing club with a peculiarity: the team is not directly linked to a territorial office as is usually the case, but will be headed by a company. Not just anyone, because it’s the Di-Bi of Besozzoa brand that produces sportswear and is specialized (also) in rowing clothing.

Leading the initiative is Joas Binda, former top athlete (some blue appearances, a couple of Italian titles) and president of the new reality which raises the number of clubs in the “county of the lakes”. Binda thought to recreate, with the proper proportions what he did in the 1960s no less than Giovanni Borghi with his Canottieri Ignis: i.e. giving life to a rowing division of the parent company to guarantee a salary to some athletes of national importance (particularly in the lightweight category) and the possibility of continuing a competitive activity that was otherwise at risk to be interrupted.

going in this direction the commitment of the first champion registered by newborn Di-Bi Rowing Club, or Paola Piazzolla, 25, from Puglia from Bitonto but now resident in Tuscany. Piazzolla is an athlete of reference also at the national level: he won in his career eleven Italian titles (27 medals in total) and conquered four world gold medals in the 2016-18 triennium. On three consecutive occasions he did it in the under 23 category with the four as a couple, but in 2017 he conceded an encore by winning even the absolute title always on the “light” long boat. The Apulian fort, however, ran into a series of “Bureaucratic” problems with his former sports groupthat of the Red Flames (Fire Department) and therefore remained “on foot” from a sporting point of view and found a bench in Besozzo thanks to the commitment of Binda and associates.

“In recent years we have realized that many athletes moved away from rowing, leaving aside even sports dreams or projects important. The idea, therefore, is to offer an opportunity, promoting excellence on the one hand and promoting sport for all in the other one. High level agonists will be able to row relying on a financial support guaranteed by the company: Paola’s personal story convinced us to choose her as “standard bearer” for this competitive season». In Schiranna Piazzolla she will compete in both the lightweight singles and major doubles.

In this business start-up, the The Di-Bi rowing club will have its own base on Lake Maggiorethanks to an agreement with the historic Renese Sports Club, company with a very long tradition in the fixed seat that is itself also affiliated with olympic rowing run by the FIC (Lawrence association will also debut in a federal sliding seat race at Schiranna). “The idea the future is naturally that of being able to count on our own structure – explains Binda – but for now we have started this beautiful collaboration with Renese. our reality has no intention of competing to those in the area but, on the contrary, wants to be one more presence that confirms the importance of rowing in this province. Among other things we take care bring to light some prestigious vintage boats and for this reason we have also started a collaboration with the “Velas del Periodo Verbano” association that has installed a museum in the old railways of Laveno». Sport practiced, therefore, but also the rowing culture that is confirmed as a true excellence in the province of the Seven Lakes.