Pros and cons of the three sonars

The 2D device is probably familiar to most anglers of the past. It comes with a black and white or color screen: the image always scrolls from left to right and more or less reliably reflects the rough structure, the hardness of the bottom and also the fish present in the surrounding water. The graphical representation is not particularly realistic, but can be easily interpreted with a little practice. Fish can be recognized by the representation of the swim bladder as crescent-shaped objects, usually as a dot or line.

Echosounder fishing: how it works!

One of the most important tips when fishing with an echo sounder: turn off the fish alarm!

The fish symbols on the screens are more fun than successful. But if you take a closer look at the topic of echo sounders, you will quickly realize that it is precisely this function that limits the possibilities of echo sounder fishing. Strictly speaking, every underwater object (rising air bubbles, algae, leaves, etc.) is displayed on the screen as a fish symbol. Tip: It’s best to turn fish detection off and focus on sickles!

Sensitivity adjustment is also a particularly important function when fishing with an echo sounder. The correct approach for professionals is as follows: Upon reaching fishing waters, anglers should first set the sonar sensitivity to maximum. The screen rapidly displays color noise signals. Then you adjust the sensitivity down step by step until the monitor clears and you get closer to “reality” underwater. If you choose the lowest sensitivity, you will see fewer fish on the screen overall, but large predatory fish will be detected with absolute certainty. And that’s what matters to most anglers. 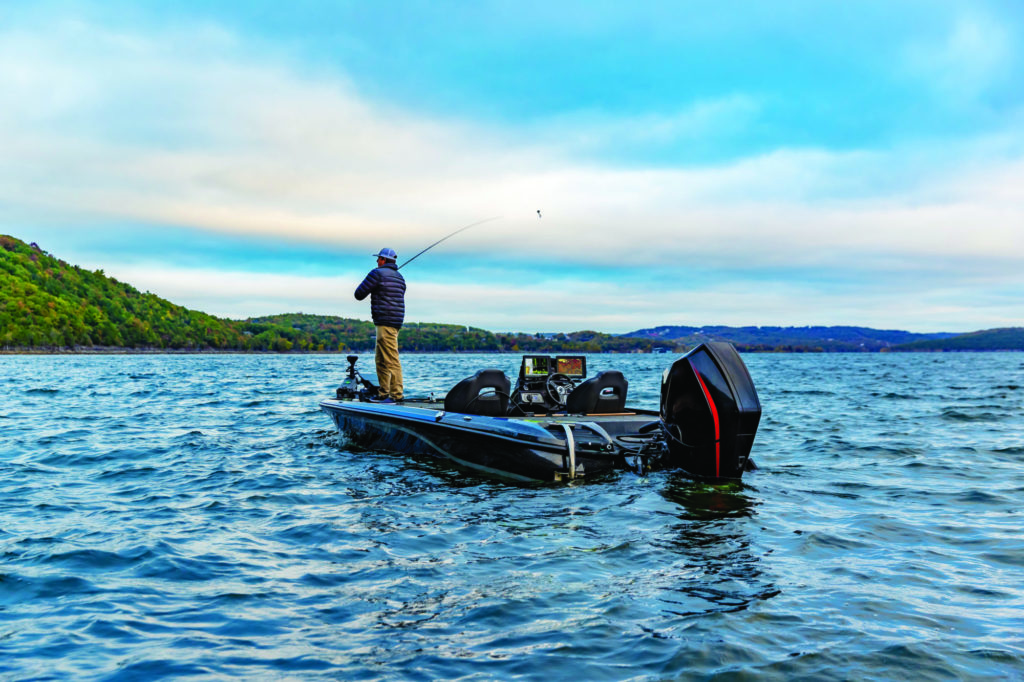 If you are looking for individual fish in large waters, you cannot avoid a good echo sounder.

Let’s go back to the “fish sickle” stimulus topic. Anglers should be aware that these sickles will look different in real life conditions than they do in brochures and advertisements. This mainly has to do with the speed and depth of the fish’s swimming. This affects the shape of the sickles; Depending on the situation, sometimes a sickle can appear longer.

The speed at which the sonar image moves should also not be underestimated. The correct display of sickles is determined by the chart speed setting adjusted to ship speed. Depending on the speed of driving, the speed setting of the graph should also be adjusted. If you don’t do this, even the best echo sounder won’t guarantee a catch! The same applies, of course, when driving more slowly. Again, the screen speed needs to be adjusted.

That is why the length of the sickle is not a measure of the size of the fish. Rather, the mass of the crescent shape is a criterion for the size of the fish. Basically, the more massive and denser the crescent appears, the bigger the fish will be. However, there is a big but here too: inexperienced anglers can also mistake such a large sickle for a capital predatory fish, even if it is a swarm of prey. If you’re not sure, you should take a close look at the moves here.

CHIRP and scan down

When you fish with an echo sounder, you already have a great advantage if you can define the behavior of the various target fish. Contrary to popular belief, it is not possible to distinguish between different species of fish based on the monitor’s sickles. This is almost impossible, especially with predatory fish with a similar behavior pattern (for example, pike perch and pike). A photorealistic model can help here.

A side scan sonar can be used for a perfect representation of the underwater world. A fundamental advantage: the sonar not only covers a small area under the ship, but the width can be freely selected. Starting with a depth of one meter on the right and left side, up to an incredible 30 meters on each side, almost photorealistic is possible. Good models can already scan from 30 centimeters. If you want to scan huge lakes, you can’t avoid a photorealistic echo sounder when searching for the perfect fishing spot. Therefore, so-called downward sweep DSI models, which represent the area under the ship in a photorealistic way, are gaining in importance. The background is displayed almost perfectly; however, the fish are only properly and realistically displayed in good conditions. However, if this is the case, the scan down is worth it. Fish can then be easily identified by characteristics typical of their species. Torpedo-shaped or high-backed: This information alone is already crucial to identifying the fish.

What to do when all the fish are “missing”?

Some days it seems that all the fish in the water have disappeared and the sonar does not show a single sickle on the monitor. Of course, the fish have not disappeared, in most cases they are so close to the bottom that the echo sounders integrate the fish into the bottom structure. You can counter this with some important tweaks.

If you often face this situation, you should get an echo sounder with CHIRP function. Here the so-called 3-channel chirp (low, medium and high chirp) is used. The advantage: Chirp can enhance and separate the separate display of objects that are close together. This allows anglers to solve two problems at once: large fish are distinguished from schools of fish, and bottom fish are separated from the bottom of the water and displayed individually.

Sonars are high-tech devices that need to be used correctly to really help us catch fish. Thomas Schlageter gives 10 tips he should keep in mind when shopping and fishing.

Garmin LiveScope Plus: find fish with the latest sonar technology 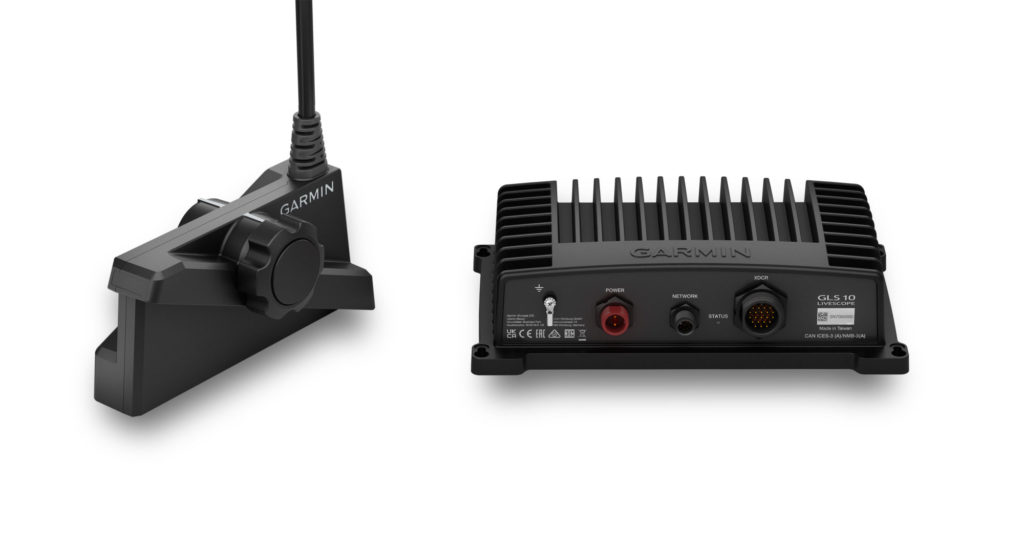 The Garmin LiveScope Plus system with LSV 34 encoder.

If you follow all of these tips and avoid the major sources of error, you will be successful in echo sounder fishing. The crucial question now is which echo sounder you should buy. A look at Garmin’s latest flagship may help. For anglers, the benefit of a technically exceptional sonar is far more important than its performance. Therefore, the selection of a powerful and, above all, productive echo sounder makes more sense. Garmin is one of the leading brands in the field of echo sounders for fishermen. The company’s new LiveScope technology promises two things in particular: clear, high-resolution images without trickery! But first to the technology.

Garmin’s LiveScope real-time sonar has been greatly improved. The fishfinder specialist has improved its LiveScope: With the Plus system, even clearer images, fewer interfering signals, 35 percent improved target separation and improved resolution are now possible. The target separation can reach up to 35 centimeters at a distance of up to 30 meters. In forward mode, everything in front of the boat and slightly below is displayed. Down Mode shows everything below the boat, while Perspective Mode offers a real-time perspective view that can be used to find fish in the shallows. The view updates automatically on a compatible Garmin chartplotter. By stabilizing the course reference system (AHRS), the sonar image remains stable even in adverse conditions on the water. Image sharpness has also been improved with less image interference. Vivid colors make the underwater world look almost lifelike on screen.

This is how it is delivered