Searching for a gift for a girl. This was the origin of lively, the Vigo brand that claims the role of great women in history. its creator, Conte MonicaWith her sister, Cristina To count, They are looking for a gift for his niece Noa, the empoderase and educase with female representatives. However, they were faced with the typical “empty messages” and “biased by patriarchy”. Given this lack of references at the end of 2015, the two sisters embarked on the adventure of creating a company “made by women and for women”Giving objective visibility to women in history through fashion and stationery.

Words like “if you were born without wings, do nothing to stop it from growing” Coco Chanel or “Defend your right to think. Even thinking wrong is better than not thinking.” Hypatia of Alexandria, inspire the group of women who make up Animosa every day. Which through their creations they intend reclaim their place in the world and give a voice to those who have broken down the barriers and led the way. They work to make large numbers of women visible like Diana Fossy, Marie Curie, Marilyn Monroe, Doris day, Ava Gardner or Audrey Hepburn. However, they have an indisputable muse. Rosalia de Castro. “We always get something for nós é moi important and for xente encántalle, especially in the chancellery”, he explains Lara Monterdecommunity manager of the brand.

The Vigo-based company focuses on creating fashion and stationery, in Galician and Spanish. Currently, seven years after its creation, it has an online store and is present in 500 points of sale in multi-brand stores on the national scene. Out of curiosity, the managers of the brand tell us that the first idea of ​​Animosa was far from being the concept of fashion and stationery that has finally materialized. Although the essence was always the same, the origin of the project was to create dolls inspired by the women of history.

Animosa’s fashion section started with just t-shirts and sweatshirts, and now they offer suits, dresses, jackets and socks, One of its latest developments. The new collection of the Galician firm recently saw the light, Sisters, a tribute to all those friends who end up becoming sisters. This new version also aims to be a reflection of the evolution of the brand and the women who are part of it, being an innovative proposal with a rock and punk aesthetic. “We are changing and decatámonos that we were more cane than we started,” he says Mortenda. The other section of the brand, the stationery, began with the traditional bookmarks that told the stories of the different women that Animosa wants to make visible. Now, In addition to bookmarks, which have already become a symbol of the brand, they also offer bags, tote bags, diaries and notebooks. in both Galician and Spanish.

The female vengeful factor so characteristic of this viguesa brand is part of its essence. “We are feminists and we claim our mission, we try to empower women and change the world, especially from the influences of the new generations”, explains the community manager. This is why they also engage in positive discrimination in hiring their workers, thus reaching 90% of women in their workforce, in a context where most Galician companies fail in gender equality. “We know this is debatable, but we haven’t decided that because, according to statistics, women are less likely to find jobs that combine family life with life.” In addition to this struggle for equality, they are also a sign of social and committed work, tries to take care of the environment and working conditions of all those who participate in the production of its articles. “For us it is something fundamental, and most people complain about two prices, but the quality, the sustainability and the care of the people must be paid”, they explain from the company. 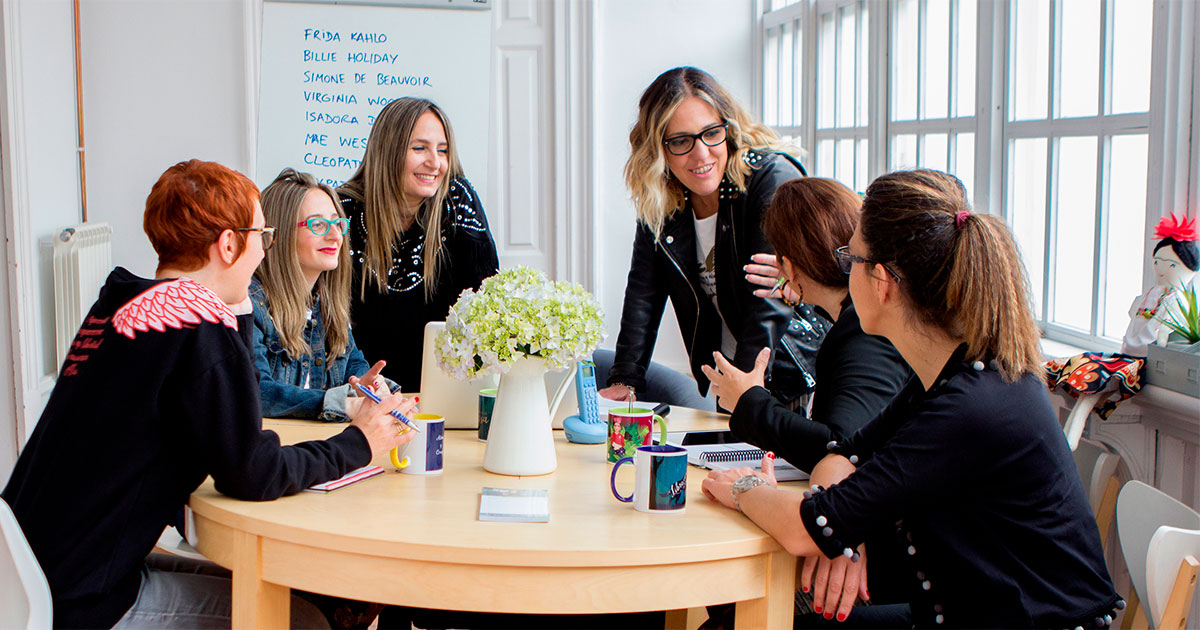 Since its inception, the reception of the company has been very good and they are registering a strong increase in online sales and in multi-brand stores. However, one of the biggest fears of businessmen supporting their actions in the digital world has come true. A few months ago Animosa’s Instagram account was hacked which was a great loss, which impacted the Christmas campaign and caused the loss of a large investment in advertising. According to Animosa’s social media manager, they did not get any kind of help or protection from Instagram, which led them to sue “the network giant”, because, although there is no longer any possibility of recovering their initial account, they hope that “Instagram will account for its responsibilities”. “As small companies we don’t import anything but they are very important platforms for us and we want to know that this also happens to other small companies”, they explain.